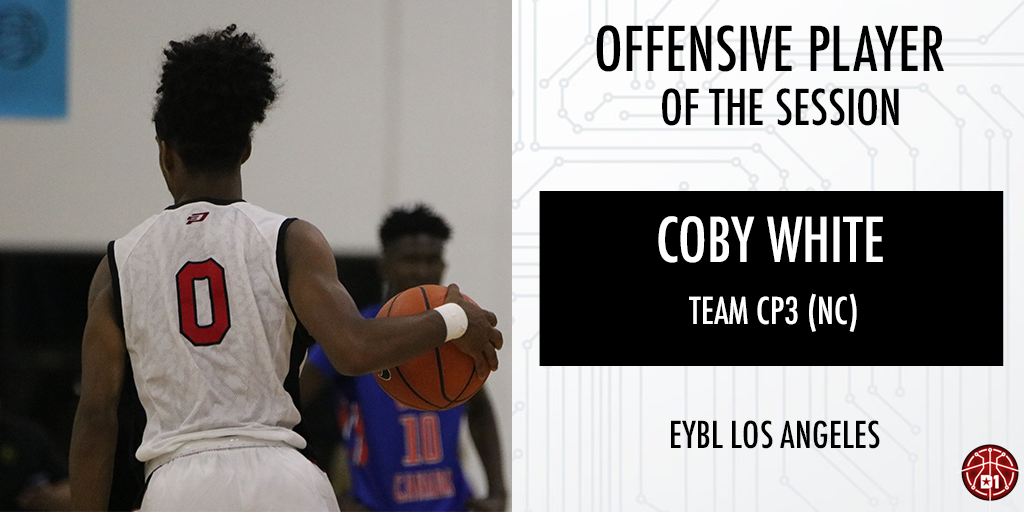 Is Coby White the top scoring guard in the EYBL?

If you say yes, you won’t find an argument here.

The 6-foot-5 junior continued his scoring onslaught in Los Angeles, helping guide Team CP3 to a 3-1 showing and a 13-3 regular season mark.

The hard-nosed playmaker has been a model of consistency throughout the entire 16-game schedule, but he put together his most complete four-game showing in LA.

While scoring is his forte, White has improved his facilitating ability with each circuit stop. He’s an elite scorer, and he’s improved his ability to make the right play if the shot is not there.

He's also explosive enough to do this.

White’s play has allowed Jaylen Hoard to bud into a star, while teammates Hunter Tyson, Leaky Black, Will Dillard and John Newman are all beneficiaries of White’s playmaking abilities.

Head coach Andy Poplin raves about his guard’s abilities, but made it clear that White is only scratching the surface of his potential.

With another month of preparation with his CP3 teammates, we have a feeling Poplin will be proven correct in North Augusta.