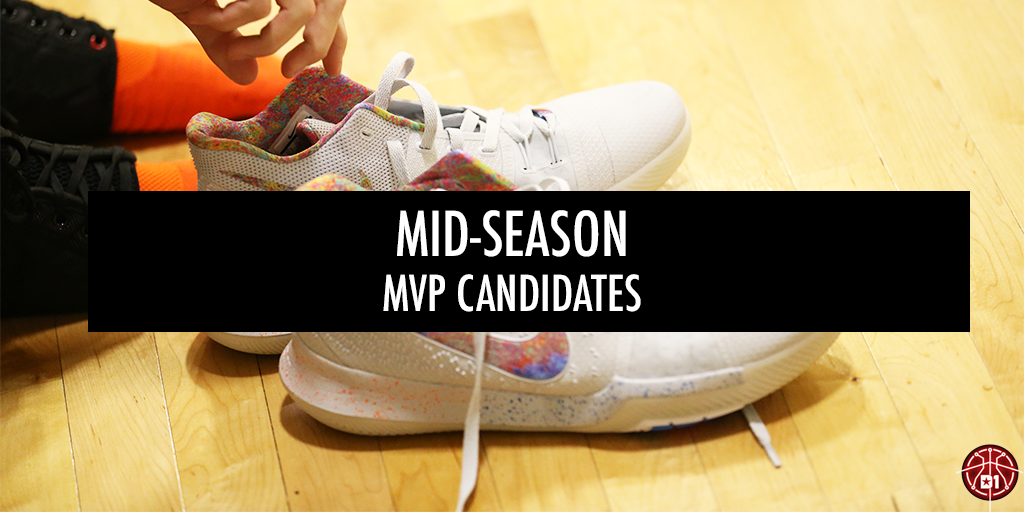 What more can we say about Jontay Porter? We will start with this; no longer is he the little brother of Michael. He would is an absolute stud no matter what his last name is who who he shares a bloodline with.

Porter has turned himself into an absolute nightmare to deal with for the opposition, operating as one of the most effective and productive point forwards on the circuit. Better yet, he has his defending Peach Jam champion MOKAN Elite (KS) squad out to an 8-0 start, good for No. 1 in the D1 Power 10 heading into Atlanta.

The 6-foot-10 junior leads a thin group consisting of eight players in total, but that plays to Porter’s strengths. He operates with a high basketball-IQ on both ends of the floor, and has shown the ability to stay out of foul trouble while continuing his aggressive play.

Porter enters Atlanta with the strongest case out of any contender. He’s the most productive and versatile player on the only remaining undefeated squad in the 2017 EYBL, and he does it for the defending champions. If someone wants the MVP award to stay away from a Porter, they’re going to have to take it from him.

Tre Jones has exceeded expectations, and that’s quite a statement, considering we projected him to put up some ridiculous numbers. What we didn’t expect, was Jones to separate himself from the pack as quickly as he did.

Through eight games, Jones is averaging 1.4 more assists (8.8) than the closest opposition (Cole Anthony), and sports an assist-to-turnover ration that rivals the best in the league (4.4:1).

Not only has Jones put up some eye-popping stat-lines, he’s led the Panthers to a 7-1 start - tied for first place in their Division. Jones manned the point guard position for the 2016 version of the Panthers, helping lead them to a 14-2 regular season finish despite suffering a broken thumb during session three. While he was obviously a major part of the game plan, the team belonged to Gary Trent.

This year, the team belongs strictly to Mr. Jones, and he’s done work. His teammates rave about running the floor with him, and he makes each and every one of them better. Expect the Panthers’ floor general to continue to flourish in the second half and make a strong candidacy for Most Valuable Player.

Boo Williams have undergone a resurgence of sorts in 2017. Much of their success can be credited to two-year EYBL veteran Keldon Johnson.

The 6-foot-6 swingman took home Session 1 Most Valuable Player Honors, putting up ridiculous averages of 25.2 points and 9.2 rebounds while leading Boo a 4-0 start at home in Hampton. While his numbers suffered a slight drop-off during session two, Boo still notched three wins and Johnson landed on Third Team All-Indianapolis

He’s extremely vocal on both ends of the floor and welcomes the challenge of guarding the opposition’s best swingman. Johnson prides himself on his versatility, a trait of his game that has garnered him offers from a number of blue chip programs.

If Johnson can continue to effectively lead Boo’s talented rotation - and can continue to rack up wins - he is a sure-fire candidate to not only win Most Valuable Player, but to take home plenty of second half All-EYBL awards.

Take away a late-game collapse against Nike Team Florida, and E1T1 would be undefeated. If that were the case, Emmitt Williams would likely have a few more first half accolades, and he may be the leading candidate for the regular season MVP.

E1T1 rebounded to win their last seven games, and a huge reason why is the 6-foot-7 Williams. He’s put up two 30-point, 20-rebound performances during the first half, cementing his place as one of the top rebounders in the country.

You can be very confident that Williams can keep up this production, for three reasons. The first, is he’s a battle-tested veteran. He impressed with E1T1 17U last year, and spent the winter at IMG Academy facing off against elite national competition.

The second reason is simple; Williams plays with an unbelievably high motor. Unless his opponents start hitting every shot or Williams gets in early foul trouble, it’s basically a sure thing he will rack up rebounds at a high rate.

The third reason is because Williams showcases a different aspect of his game every time out. He has shown the ability to step out and knock down threes, take guys off the dribble and facilitate in transition.

Williams may be flying a bit under-the-radar, but he’s set himself up for a very realistic run at Regular Season Most Valuable Player.

7-foot-2 Bol Bol is a entered the EYBL as a tantalizing prospect. His addition to Cal Supreme figured to make them an immediate Peach Jam contender, a notion that has proven true through eight games.

Bol was solid during his EYBL debut, putting up strong four-game averages of while landing on the All-Hampton Second Team. He fit in perfectly alongside fellow 2018 stars Shareef O'Neal and Spencer Freedman.

Bol was straight up dominant in Indianapolis, earning First Team All-Indy and Offensive Player of the Session behind four-game averages of 29.8 points, 9.8 rebounds and 2.8 blocks, while shooting 75 percent from the floor.

He's obviously no slouch defensively, but his offensive repertoire has overshadowed the other strong aspects of his game. O'Neal should be back in the fold in Atlanta, so it will be interesting to see if Bol continues the statistical domination he put forth in Indianapolis.

There really isn't much Bol can't do well at this stage of his career, and he's constantly improving every aspect of his game. Do not put it past Cali Supreme to go on a huge run during the second half of the season, and don't be surprised if Bol takes home some regular season gold.

Still in the Hunt:

Based on sheer numbers, Marvin Bagley III would probably win this award as a runaway favorite by the time the season is over. The 6-foot-11 prodigy is averaging even better numbers than we thought he would, but hasn’t been able to notch a tally in the win column through eight games. Unless they have a miraculous turnaround, he will be left bidding for basically every other award.

Anthony is the only underclassmen in consideration for Most Valuable Player, sporting one of the league’s strongest second sessions. He leads the top defensive squad on the circuit, and much like Tre Jones, Anthony has taken his new feature role and ran. Anything can happen in the EYBL, and we are definitely not ruling out Anthony being the first underclassmen to take home the regular season MVP.

Foster Loyer is the floor general for arguably the most complete team on the circuit, so it would be an injustice if we didn’t include him on this list. He’s currently 59-for-59 from the free throw stripe, a feat that’s unmatched in league history. All Ohio will likely ho-hum their way to a bunch more wins in the second half, and Loyer will arguably be the biggest reason why.

Coby White has been an absolute scoring machine for Team CP3. When combining his averages with CP3’s current 6-2 record, White can very easily get himself in the MVP discussion with a stellar second half of the season. If he becomes more versatile, White will not only be on this list at season’s end, but CP3 will be much better off.