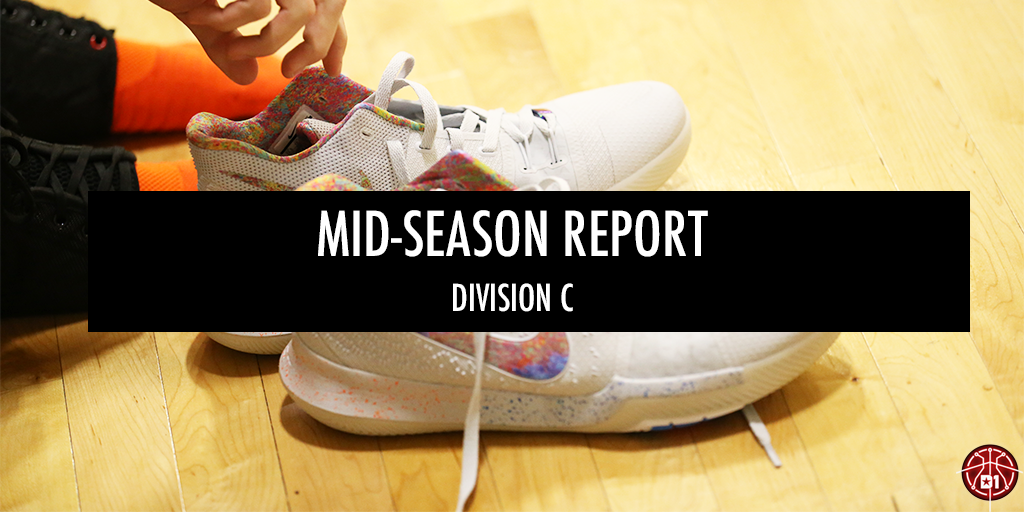 Led by star do-it-all star Keldon Johnson (21.5 PPG), Boo has enjoyed their best start on the circuit in years and they show no signs of slowing down despite the minor setback in Indy. Past Johnson, this squad boasts depth at every position, and a budding star in 8th-grader Zion Harmon. If they keep their defense as stout as it was in Hampton and Indy, they will content for the Division C crown.

Losing a player like Kevin Knox and having no clear replacement could have left some to expect this team to fall back in the ranks this season. But led by double-double machine Emmitt Williams (20.5 PPG, 13.6 RPG), this squad is very much a contender to win it all. A trio of guards (Will Richardson, Antwann Jones and Nick Honor) will likely determine how far they go.

Point guard Coby White (20.9 PPG) has gone on a scoring tear through two sessions, and combined with his ability to get his teammates involved, he has helped turn CP3 into a contender. Expect ESPN Top 60 juniors Jaylen Hoard and Leaky Black to play a larger role in the offense the second half of the season. Head coach Andy Poplin has his squad playing some of the best defense on the circuit, a trait that's common to contending CP3 squads.

For all intents and purposes, CIA should be in the next section based on their disappointing finish in Indy, where they had a chance to seize control of the division. Their forward duo of Simi Shittu and Ignas Brazdeikis combine for 42 PPG and 19 RPG, and that alone should get this squad into Peach Jam. This is one of the most underrated groups in the country, and should only get better with each passing session.

Work Left to Do:

The team with the most potential for a rapid rise in the standings, Nike Team Florida has multiple scoring options and although they are still finding their identity, boy can they pour it in. Though sophomore Vernon Carey has been the statistical star thus far, swingman Trendon Watford (11.5 PPG) has experience and talent and has every opportunity to become option 1B. They didn't defend particularly well, a facet of their game that will need to be shored up in Atlanta.

Led by guards Landers Nolley (15.1 PPG, 50% 3PT) and Michael Devoe (16.2 PPG), Nike South Beach has struggled so far with a mark of just 3-5. They have a glaring lack of size, depending on Collin Castleton for the majority of their frontcourt production. They enter Atlanta with some momentum, coming off a terrific session-closing win over CIA Bounce.

This EYBL newcomer has been highly competitive, more than their 3-5 record would indicate. They will need to find at least one more double-digit scoring option to pair with slashing guard Noah Locke (19.1 PPG) if they expect to compete at the highest level. Wynston Tabbs, who joined Melo after running with Team Takeover in Hampton, looks to be a perfect fit for that role after a strong showing in Indy.

Although they have been competitive in every game and shown flashes of being a legit threat to advance, this is another squad that simply needs to find more scoring. Versatile guard Kevin Porter, Jr. (14.2 PPG) has been great, but this team needs more production from veterans PJ Fuller and CJ Elleby. They haven't advanced to the Peach Jam in a number of years, and will need a very strong showing in Atlanta to enter the conversation.

Phenom RJ Barrett made his presence felt in Indy, racking up a bunch of highlights while guiding UPLAY to their first EYBL victory. With Tyrese Samuel stepping up, and the possibility of Andrew Nembhard also returning, the jury is still out on this squad. They will need an undefeated Atlanta Session in order to re-enter Peach Jam talks.

Portland BC has had a rough go of it through their first eight EYBl games, but their roster includes enough talent to remain competitive in the second half. Kamaka Hepa and Elijah Gonzales have both stepped up as feature players for PBC, who will need to catch fire in order to fight back to .500.