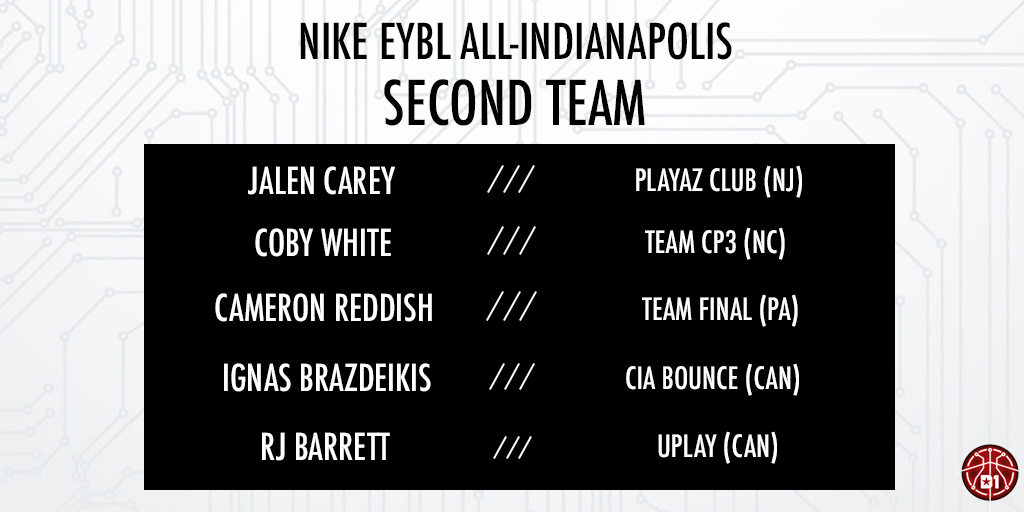 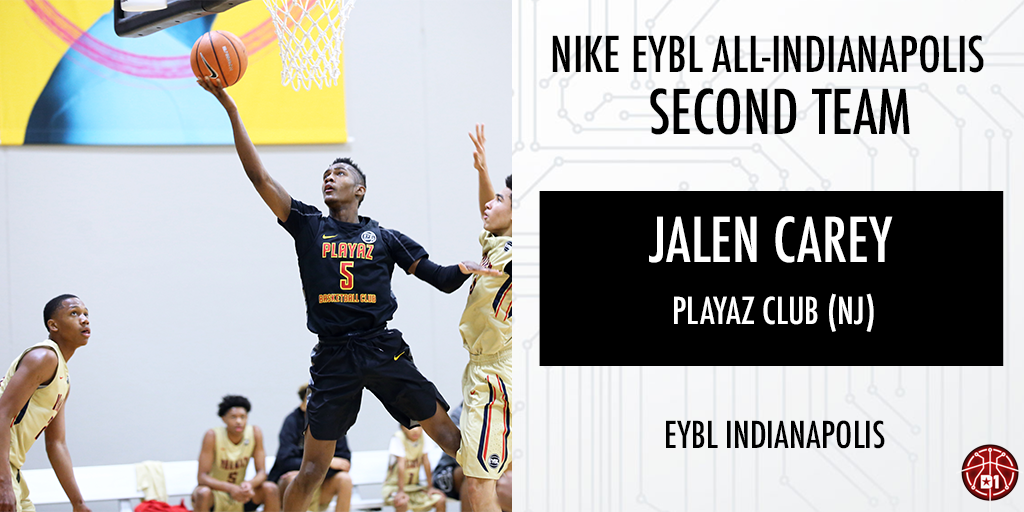 As the driving force in the Playaz offense, Carey was massive in all four of his teams games in Indy, showing off his versatility and shooting ability. He was effective in getting to the line frequently throughout the weekend and was clutch down the stretch of a couple of hard-fought wins, and his teaming is well positioned halfway through the season. His best showing came in the Indy opener against The Family, where he scored 36 on 13-19 shooting. 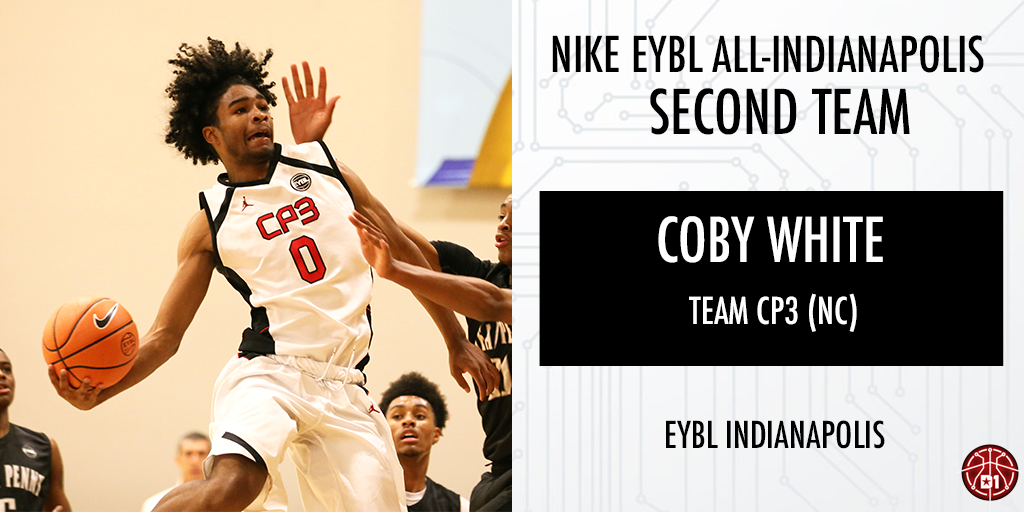 White was locked in from the opening tip on Friday and put together a great weekend scoring the rock. While Team CP3 (NC) relies heavily on his ability to run the offense and get his teammates involved, nothing was ever forced and he did a great job creating looks for himself and scoring within the flow of the offense. Look for White to continue breaking out and adding to his assist total to boot. North Carolina fans, start to get excited for White to hit campus in 2018. 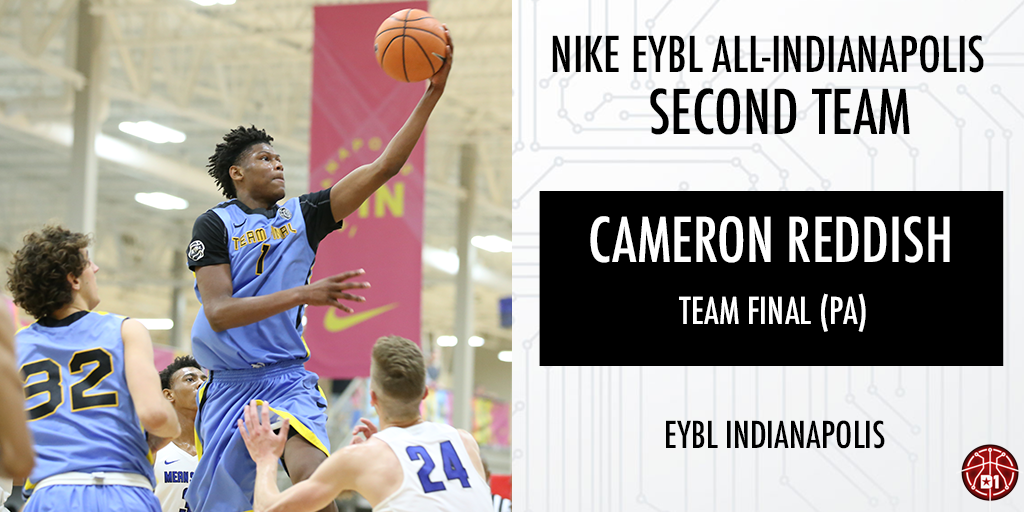 While the scoring numbers were similar through the first two weekends,  the efficiency in which Reddish was scoring was vastly improved in Indy. His perimeter shots were falling, which opened up the door for the Team Final combo guard to attack the rim aggressively and create open looks for his teammates. When his step-back game is on point, Reddish is capable of a 40-point outing every time out. The 6-foot-8 Westtown (PA) product will be fun to watch as he learns to let the game come to him. Take away a below-average 6-point performance in the Indy opener, and Reddish would be on first team. 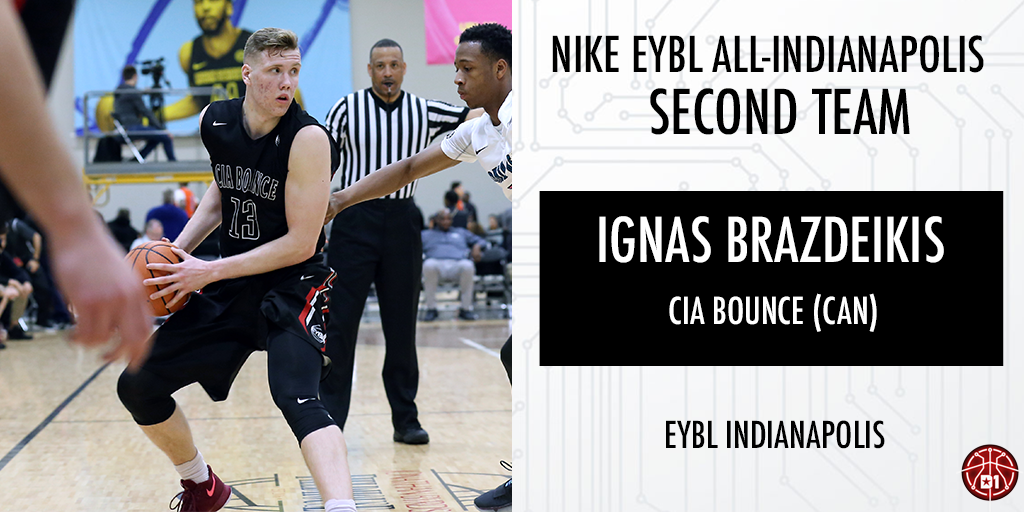 Brazdeikis put up arguably the best individual line of the season so far when he dropped 42 points on Saturday vs Seattle Rotary, and he has been a consistent cog for a CIA Bounce team that has been streaky. His combination of length and touch is hard to come by at this level, and he's only going to keep improving as he learns more about his strengths and becomes more aggressive with the ball. He and Simi Shittu form one of the most dependable frontcourts on the circuit. 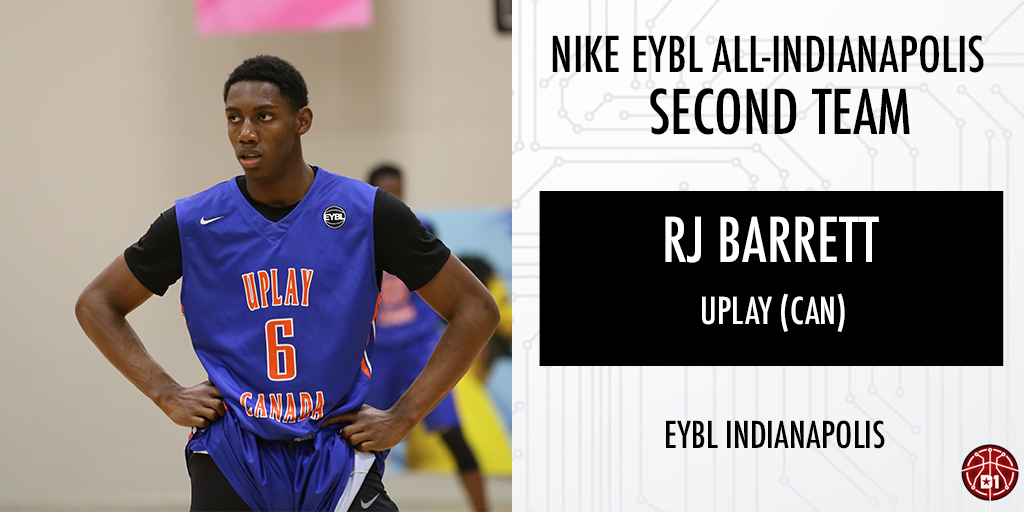 Though the impact Barrett made for UPLAY isn't reflected in the win column, anyone who watched this team play knew they were a force any time this young man was on the floor. Barrett is gifted physically, but it's his innate feel for the game's pace and where he fits in that really sets him apart from kids his age. With more reps shooting jumpers and from the perimeter, the sky is the limit for the Montverde product. He will need to put forth another strong session in Atlanta if UPLAY is going to be Peach Jam bound.