The 2017 Final Four tips off in Phoenix this evening, and there will be plenty of EYBL flavor in both games.

54.2% of Gonzaga's scoring comes from EYBL alumni, 43.6% for South Carolina (49.2% combined). Four of Gonzaga's top six scorers ran on the circuit, compared to two of the top three for the Gamecocks.

There's a similar story in the second game, only on steroids. 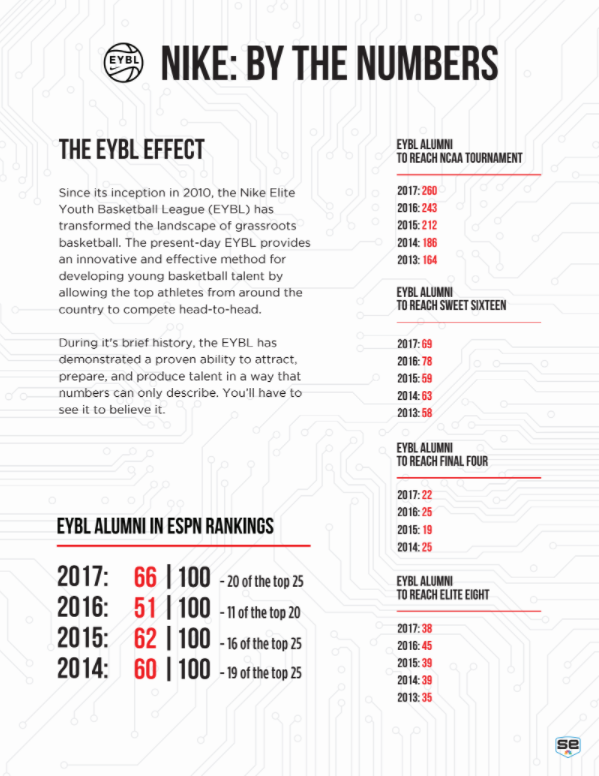 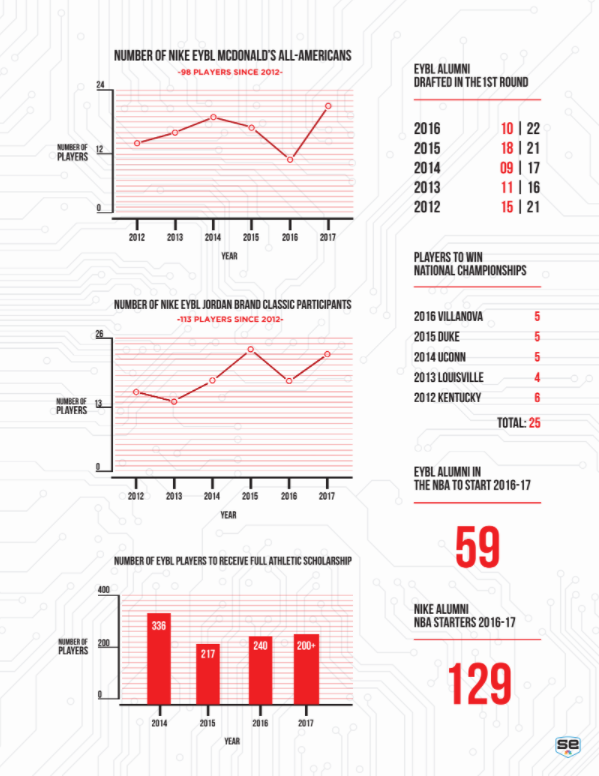