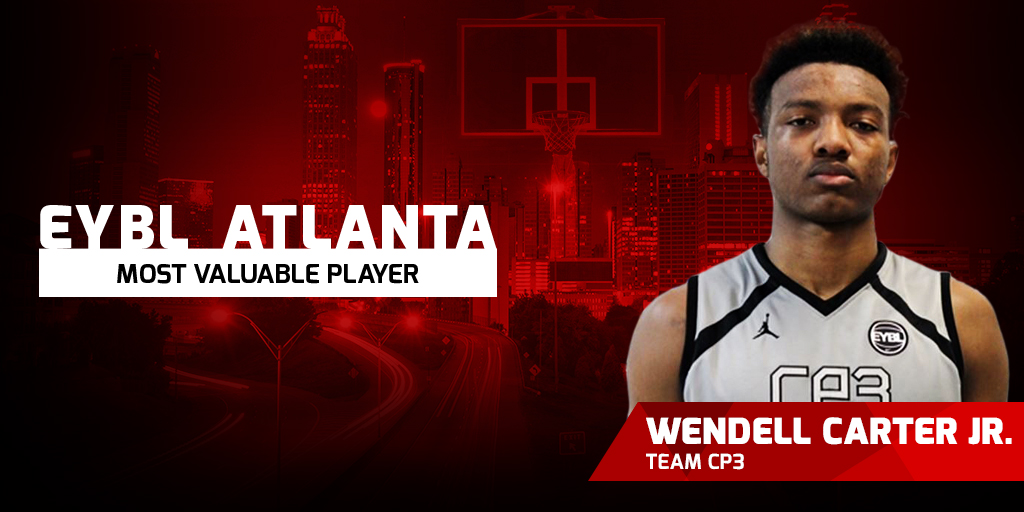 His description of Carter is both assertive and confident. 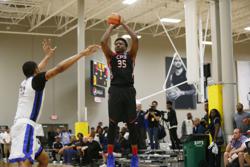 Carter, who won the 2015 Peach Jam Championship for the Georgia Stars while taking home MVP honors, moved over to Team CP3 for his final run of grassroots basketball. Missing the first session due to a school play, Carter burst back onto the grassroots season during session two.

His best, however, was saved for session four in Atlanta.

The Pace Academy (Georgia) product started off his final session in style, putting up 30 points and 16 rebounds against Brandon McCoy, DeAndre Ayton & No. 10 Cali Supreme - widely regarded as the top frontcourt on the circuit. More importantly, Team CP3 got the win, a hard-fought 76-75 victory that paved the way for another undefeated session.

Carter's overall talent is undeniable. He is incredibly versatile, very coachable and wants to be great. All of the intangibles are there, but it's his off-the-court demeanor and attitude that immediately caught the attention of his new teammates.

"He's a humble kid, so we get along well off the court," Team CP3 frontcourt teammate JP Moorman explained, citing a high-level of team chemistry. "That carries on to the court."

An A-student with aspirations of becoming a full-fledged actor, there is much more to Carter than what you see on the court. He keeps a small circle, has incredibly supportive parents and always looks out for his teammates. Put simply, Carter conducts himself like a top-notch citizen.

And he plays like a certified beast. Just ask Moorman, who has seen the impact Carter provides first-hand.

"He makes my job easier when he has the ball actually," Moorman said, speaking highly of Carter's ability to share the rock. "I can get easy buckets, because he's very unselfish and dishes it when I cut. He also draws a lot of attention on the board so I can crash easily."

Michael Hueitt Jr., a member of CP3's backcourt and the top three-point shooter in the EYBL (56 3PTM), echoes Moorman's sentiments, especially about his ability to facilitate.

"Playing with Wendell is great," Hueitt said. "He makes everything so much easier. Whenever I get in trouble, I can just throw it to him and he can score or distribute it back to me.

The honor of being named Atlanta's Most Valuable Player will likely garner a smile from Carter, but not much more. Arguably the top player in the 2017 class, Carter's dreams are bigger than individualistic awards.

As a Peach Jam Champion with a Most Valuable Player award to boot, there isn't much that will move Carter's emotional needle. He deserves every bit of praise he is given, and if you're his teammate, the praise is never ending.

In fact, Hueitt landed on the same conclusion as Moorman.