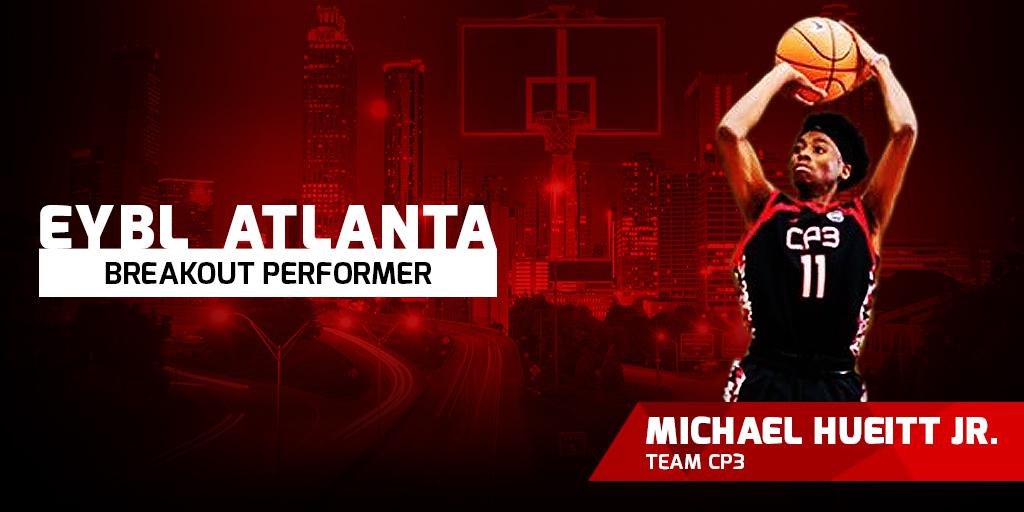 Like any other player on Team CP3, Hueitt is a piece of the puzzle.

Embracing his role while making the most of his minutes, Hueitt’s play has earned himself the attention of college coaches. He’s a sure-fire Division 1 prospect, and one of the better kids you’ll run across.

Oh, and he also owns the following title;

Every championship squad needs a sharp-shooter, and after four sessions, it’s clear that Hueitt is an ace. During session four in Atlanta, Hueitt caught fire, sinking 22 three-pointers (48%) while averaging 17.2 points per game.

On a team loaded with playmakers, Hueitt has done an exceptional job of finding his niche. While he’s certainly become part of the opponent’s gameplan, CP3’s stocked lineup allows Hueitt to trigger open look after open look.

The 6-foot-4 sniper from High Point Christian has one of the prettiest strokes you’ll see in grassroots basketball. Hueitt made 56 three-pointers in 16 games, good for 3.5 per game. He is a proven weapon from the perimeter, and is a valuable tool for all of his teammates.

"He's a great shooter, really helps us spread the floor," teammate JP Moorman said. "He helps me facilitate when he's spotted up."

Always confident in his skills, Hueitt expected to lead the league in 3-point shooting. He knows he’s a great shooter, he just needed to prove it.

"I actually did,” Hueitt said of his shooting expectations. "I've played against a lot of the guys on the circuit during travel season and did very well against them so it wasn't really a surprise to me. I've always considered myself one of the best shooters in the country and finally got to show more people that during these four sessions."

Moving forward, red-hot CP3 will need more of the same production from Hueitt. Winners of 12 straight, they are clearly a force to be reckoned with. In the EYBL, that is very difficult to accomplish. That makes Hueitt’s 3-point feat even more impressive.

"I'm glad I got to achieve the accomplishment as best shooter in the EYBL,” Hueitt said. "The EYBL is fun, there nothing is like it at all. Every game is a good game it's a lot of talent."

If Hueitt keeps on stroking it from the perimeter, 12 straight could turn into 20 straight very quickly for Team CP3.

What would eight more wins mean to Team CP3?

And why is that so important to Hueitt and his teammates? Hueitt puts it rather simply.

“Because it's the best league in the country, by far." 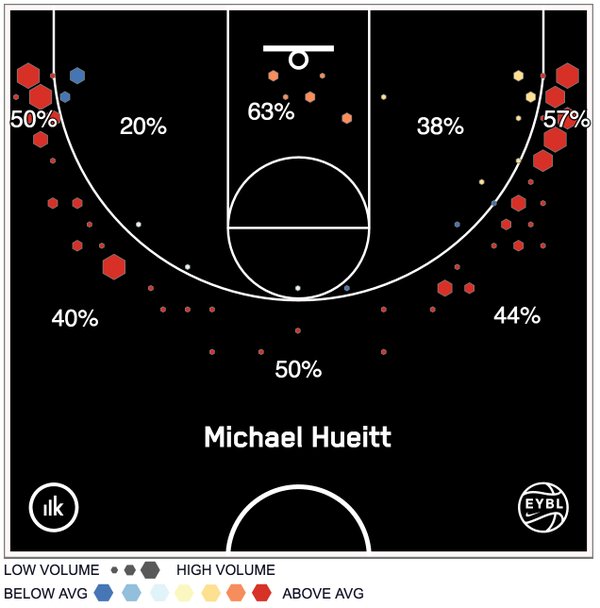